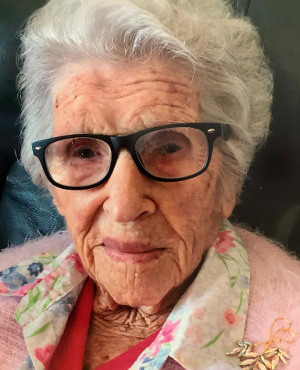 She wasn’t quite the oldest Australian, but Merrion “Topsy” Stevens at 107 years of age was right up there.

Topsy died this week at Southern Cross Care St Michael’s Residential Aged Care, Casino, which had been her home for more than 10 years. She was born Merrion Townsend on May 30, 1910, at the home of her grandparents in Battons Bight, 20km south of Casino, to Richard and Agnes of Busby’s Flat.

Her mother contracted polio three months into her pregnancy with Topsy and wasn’t able to walk again. However, she still went on to have six more children, as Topsy was fourth in a family of 10 siblings.

After the birth, the doctor told Agnes to take Topsy home and love her, because she wouldn’t live past the age of 5. “I am not sure what ailment she (Topsy) had for the doctor to say that”, daughter-in-law Jannie Stevens said. “But she has outlived all her siblings and most of her neighbours.”

With so much to do at home, Topsy left school at the age of 13, to help rear the younger children and milk the cows. Her nickname came about when her younger brother Fred couldn’t pronounce her name correctly and called her “Topsy”. It stayed with her for the rest of her life.

As a young woman, Topsy loved to dance. “She would often ride a horse 25km to go to a dance” Mrs Stevens said. It was while Topsy was working for the Hines family at Drake, as a housekeeper, that she met her future husband – the handsome general hand Rolly Stevens. They were married on January 12, 1937, and had 2 children, Betty and John.

Topsy was described as a very giving woman who loved to cook. “You name it, she cooked it,” Mrs Stevens said. “Jams, pickles, sponges, fruit cakes, Christmas puddings, biscuits. No-one who visited (her) left without a jar of something or fresh produce from her vegetable garden.”

On behalf of all of us at Southern Cross Care we are saddened by your passing Topsy, but so happy that we got to spend a wonderful decade with you. 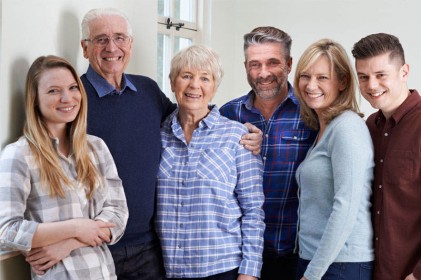 A daughters advice - Don’t delay what you can do today 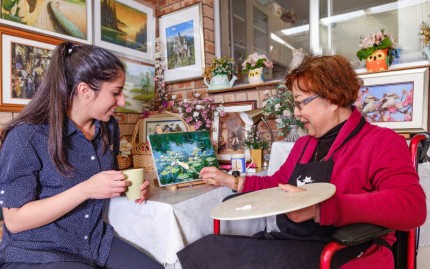