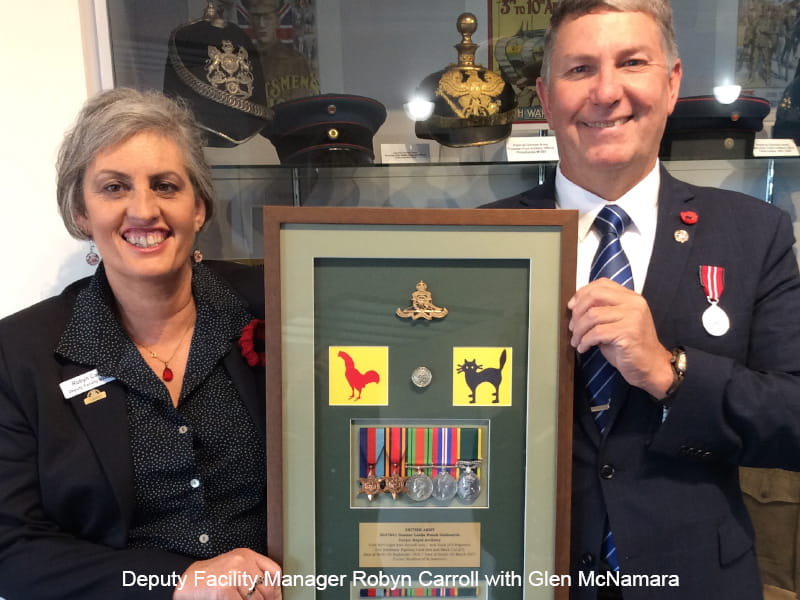 Leslie Goldsmith was a resident of our St Lawrence care home, but little was known about his background and war time experiences. Les had no contactable family, and for some time after his passing there was still no home for his personal belongings, including old coins, watches, bank books and some war medals which were kept in an old White Wings cake mix box. 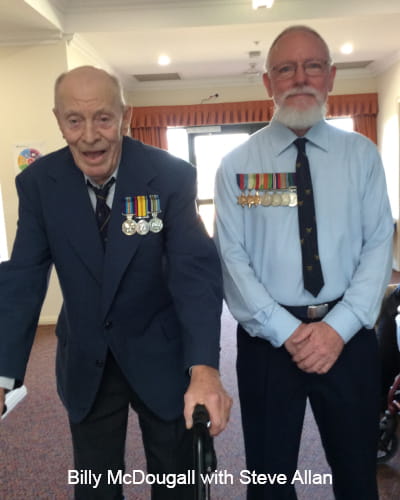 Deputy Facility Manager Robyn Carroll wanted to honour Les and felt strongly about connecting the medals to the man and pay respects to this World War II veteran. What happened next would ensure his war efforts would always be remembered and that he would always have a special Southern Cross Care family in Harden.

Robyn wanted to first uncover Leslie’s history and she found help from an unlikely source. Glen McNamara’s father is a current resident at the St Lawrence care home. Glen was a Navy RAN with a keen interest in military history. He is also a volunteer Guide at the Australian War Memorial in Canberra and was keen to help research the story of Leslie Goldsmith.

Glen discovered that Leslie joined the 84th Medium Regiment of the Royal Artillery of the British Army in February of 1943. In 1944, his Regiment landed at Normandy, having sailed from Tilbury Docks on D-Day, as part of the Allied landings to retake Europe from the Nazi German occupiers. He carried out numerous fire missions and later joined the 82nd Light Anti-Aircraft & Anti-Tank Regiment in India. He also took part in operations to retake Burma from the Japanese in 1945 and was involved in the heavy fighting to retake Rangoon. Leslie left the Army in May 1945 and it’s unknown how he came to live in Australia. 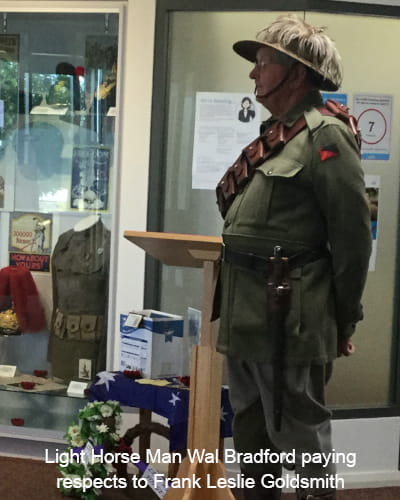 With his war time experiences uncovered, Robyn and Glen now wanted to preserve Leslie’s medals and honour him and other fallen or forgotten war heroes with a permanent commemorative display at the care home.

On the 11/11/2020 the commemorative wall was unveiled in honour of Leslie Frank Goldsmith. Residents, staff and special guests attended including Billy McDougall, who served in Vietnam and helped provide care to Les as a previous Southern Cross Care staff member.

Steve Allan is a current staff member and helped to unveil the wall while Glen and Robyn unveiled the medals and told of Leslie’s experiences. Southern Cross Care Spiritual Wellness Coordinator Colleen Close gave blessings for the day and later everyone gathered for the Last Post. 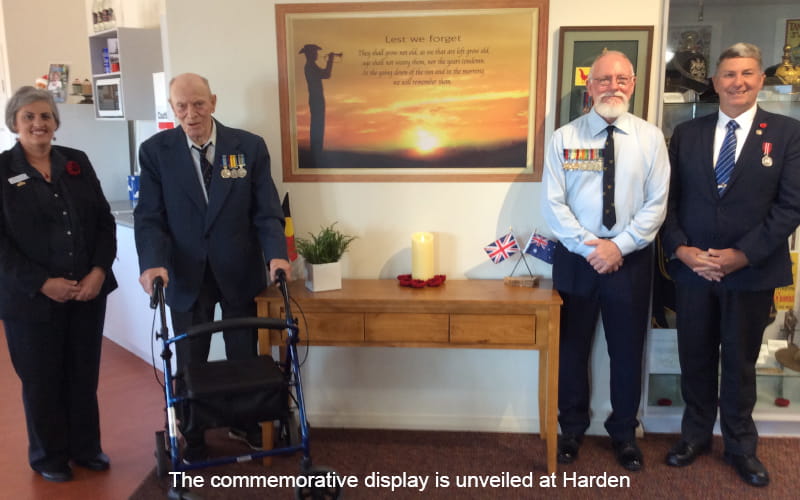 Finally, the story of Leslie Frank Goldsmith can be known, his war efforts acknowledged, and his bravery never to be forgotten. Robyn, Glen and others close to Les know the importance of uncovering his story and reflecting on the qualities of these men, who displayed courage and self-sacrifice, and what that means to all of us as a nation and as individuals. 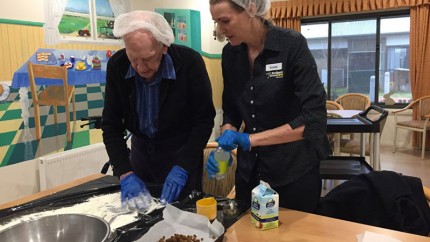 Harley discovers a passion for cooking

Thankful for our volunteers